Effective paradigm change is facing many inherent challenges, namely the human condition. We have evolved through extensive evolutionary search pattern that gave rise to a human sentience and self awareness, but all within a limited framework and capacities. Therefore it is a must to pay additional attention to the limitations while creating a paradigm change.

Working memory capacity is a definite limiting factor in creating any meaningful/interpreted experiences. Research shows that we are able to process about 120 bits of information per second in any given moment while awake with 7 bits of information processing capacity in short term memory. This is less than we might have imagined. Therefore it is crucial that paradigm change interventions use this seemingly narrow bandwidth optimally.

The flow paradigm strives for simplicity of presentation … works with different triggers and minimalistic information input in order to effectively use the working memory to create re-coupling of mind & emotions at the level of a worldview.

Words are just words, what is important are the connections they imply.

This decoupling of words and emotional complementary support system leads to wide range of patologies, intepretations … a chaos of words and meanings that are prone to informational mutations, degradation and ultimate colapse of it’s meaning.

Overcomplexity of information leads to massive energy/attention consumption in order to incept a paradigm. It takes years to build an infrastructure of any mind, while the flow paradigm works more directly … since it includes understanding of how brain and memory works.

Pathologies that arise from a limiting and narrow worldview also take a lot of energy to sustain. So in essence it first takes massive ammount of energy to build up a worldview, but then also running costs are high … making the system harder and harder to maintain.

A vast majority of contemporary techniques, which tend to help people solve their patologies do not take into account the notion, that working memory is a limiting factor and that any attempt to reprogram behavior on a level of manifestations proves to be a semi efficient exercise.

If you try and solve any existing problems or patterns of behavior you must go down to the deep base level … from where all perception seems to be started.

Unity worldview paradigm construction is an attempt to take into account all aspects of our experience as much as possible.

The main properties of a worldview paradigm are “coherence” and “fidelity to experience.” Because of the rational demand for coherence, a Unity paradigm is designed to be a consistent whole of concepts, axioms, theorems and metaphors which do not exclude each other but which can and must be presented & taught together.

A flow worldview paradigm can only be faithful to experience if it does not contradict known experimental facts, however, cannot be determined by its relation to the sciences alone. Our experience also contains different systems of meaning and values.

Even if these systems are often ambivalent and contradictory, humans are inclined to be faithful to them. Since our perception is subjective and connected to a particular person inside a particular culture, the Unity paradigm must adapt and influence only as a perception filter that boost the activities that are geared toward perception of unity.

Any given culture with its arts, styles, customs and moral codes can be very vibrant, diverse and coherent. Unity paradigm, in order to be successfully implemented, must respect each existing cultural expression and softly merge with it.

We can find our way in our own house. We know how many rooms it has, and how they are used. Knowing one’s house thoroughly makes one feel “at home.” The world around us can be construed as a huge “house” that we share with other humans, as well as with animals and plants.

It is in this world that we exist, fulfilling our tasks, enjoying things, developing social relations, creating a family. In short, we live int his world. We thus have a deep human need to know and to trust it, to be emotionally involved in it. Many of us, however, experience an increasing feeling of alienation.

Even though, with the expansion of society, virtually the entire surface of the planet has become a part of our house, often we do not feel “at home” in that house. With the rapid and spontaneous changes of the past decades, so many new wings and rooms have been constructed or rearranged that we have lost familiarity with our house.

We often have the impression that what remains of the world is a collection of isolated fragments, without any structure and coherence. Our personal “everyday” world seems unable to harmonize itself with the global world of society, history and cosmos.

Cognitive biases are systematic patterns of deviation from norm or rationality in judgment. There are over 200 documented biases based on the context (social, memory, behavioral biases …).

The process of turning raw information into something meaningful requires connecting the dots between the limited information that’s made it to you and the catalog of mental models, beliefs, symbols, and associations that you’ve stored from previous experiences.

Other cognitive biases are a “by-product” of human processing limitations, resulting from a lack of appropriate mental mechanisms (bounded rationality), or simply from a limited capacity for information processing.

Connecting dots is an imprecise and subjective process, resulting in a story that’s a blend of new and old information. Your new stories are being built out of the bricks of your old stories, and so will always have a hint of past qualities and textures that may not have actually been there.

A continually evolving list of cognitive biases has been identified over the last six decades of research on human judgment and decision-making in cognitive science, social psychology, and behavioral economics.

Bias arises from various processes that are sometimes difficult to distinguish:

Biases can be distinguished on a number of dimensions:

– Biases specific to groups (such as the risky shift) as well as biases at the individual level.

– Some biases affect decision-making, where the desirability of options has to be considered (e.g., sunk costs fallacy).

– Others such as illusory correlation affect judgment of how likely something is, or of whether one thing is the cause of another.

– A distinctive class of biases affect memory, such as consistency bias (remembering one’s past attitudes and behavior as more similar to one’s present attitudes).

Some biases reflect a subject’s motivation, for example, the desire for a positive self-image leading to egocentric bias and the avoidance of unpleasant cognitive dissonance. Other biases are due to the particular way the brain perceives, forms memories and makes judgments. This distinction is sometimes described as “hot cognition” versus “cold cognition”, as motivated reasoning can involve a state of arousal.

The fact that some biases reflect motivation, and in particular the motivation to have positive attitudes to oneself, accounts for the fact that many biases are self-serving or self-directed (e.g., illusion of asymmetric insight, self-serving bias).

There are also biases in how subjects evaluate in-groups or out-groups; evaluating in-groups as more diverse and “better” in many respects, even when those groups are arbitrarily-defined (ingroup bias, outgroup homogeneity bias).

Cognitive biases are also related to the persistence of superstition, to large social issues such as prejudice, and they also work as a hindrance in the acceptance of scientific non-intuitive knowledge by the public.

The most important bias in the context of spreading concept of Unity is confirmation bias, also called confirmatory bias or my side bias, is the tendency to search for, interpret, favor, and recall information in a way that confirms one’s preexisting beliefs or hypotheses.

It is a type of cognitive bias and a systematic error of inductive reasoning. People display this bias when they gather or remember information selectively, or when they interpret it in a biased way. The effect is stronger for emotionally charged issues and for deeply entrenched beliefs.

Belief perseverance (also known as conceptual conservatism) is maintaining a belief despite new information that firmly contradicts it. Such beliefs may even be strengthened when others attempt to present evidence debunking them, a phenomenon known as the backfire effect.

Since rationality involves conceptual flexibility, belief perseverance is consistent with the view that human beings act at times in an irrational manner. Philosopher F.C.S. Schiller holds that belief perseverance “deserves to rank among the fundamental ‘laws’ of nature”.

According to Lee Ross and Craig A. Anderson, “beliefs are remarkably resilient in the face of empirical challenges that seem logically devastating”. Psychologists joined a cult whose members were convinced that the world would end on December 21, 1954.

After the prediction failed, most believers still clung to their faith. When asked to reappraise probability estimates in light of new information, subjects displayed a marked tendency to give insufficient weight to the new evidence.

“The new scientific truth does not triumph by convincing its opponents and making them see the light, but rather because its opponents eventually die, and a new generation grows up that is familiar with it”.

Where development fails, countries are at high risk of becoming caught in a conflict trap in which war wrecks the economy and increases the risk of further war.

The global incidence of civil war is high because the international community has done little to avert it. Inertia is rooted in two beliefs: that we can safely “let them fight it out among themselves” and that “nothing can be done” because civil war is driven by ancestral ethnic and religious hatreds. The purpose of Unity paradigm is to challenge these beliefs.

Unfortunately, the people who need the positive re-framing the most, are those who are denied even a chance at it.

In a world of as many distractions as we all are facing now, it has become an increasingly harder to maintain focus and enough attention span to roam on a voyage of deep personal and societal change.

There just isn’t enough time in the moment/day/lifetime to thoroughly consider and analyze all possibilities to make sure we’re making the right decisions and taking the right actions.

Even deciding what you should have for lunch would take longer than the remaining life of the universe if you truly considered all of your options. there’s not enough space in our brains, or in all of the matter in the universe, to store all the raw information, all the symbols and stories, and all of the past decisions that we’ve made.

We have to be strategic about what we choose to remember, and what we choose to let slide back out of our minds. We can try to generalize, or identify patterns, to save some space, but those create problems of their own.

BECOME A MASTER OF FLOW! 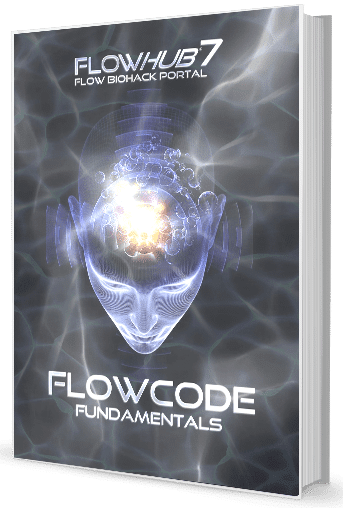